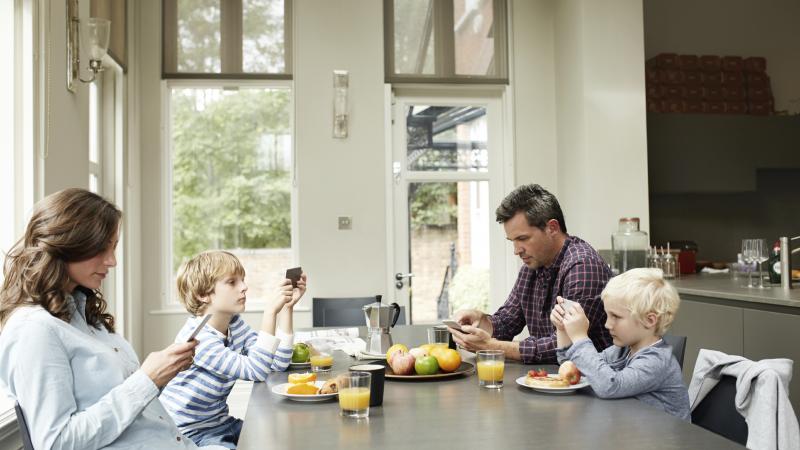 Smartphone use undermine interactions at dinner

While “Take your elbows off the dinner table,” is a common refrain for many families, people may soon add, “take your phone off the table” to the list, too. According to research people with smartphones present during dinner time report less enjoyment than those who kept their phones away.

There’s been the assumption that engaging in phone use during social interactions would dampen happiness, but this is the first field experiment to gather emprical data to prove the point.