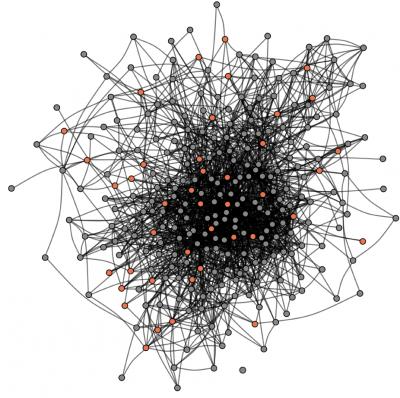 Your brain reveals who your friends are

You may perceive the world the way your friends do, according to a Dartmouth study finding that friends have similar neural responses to real-world stimuli and these similarities can be used to predict who your friends are.

Published in Nature Communications, the study is the first of its kind to examine the connections between the neural activity of people within a real-world social network, as they responded to real-world stimuli, which in this case was watching the same set of videos.

The findings revealed that neural response similarity was strongest among friends, and this pattern appeared to manifest across brain regions involved in emotional responding, directing one’s attention and high-level reasoning. Even when the researchers controlled for variables, including left-handed- or right-handedness, age, gender, ethnicity, and nationality, the similarity in neural activity among friends was still evident. The team also found that fMRI response similarities could be used to predict not only if a pair were friends but also the social distance between the two.

The research team plans to explore if we naturally gravitate toward people who see the world the same way we do, if we become more similar once we share experiences or if both dynamics reinforce each other.